Longueville House Ciders range has earned a reputation of quality - rapidly becoming a major hit in many restaurants and licensed premises throughout Ireland, U.K. Europe and The U.S.A. (O'Callaghan's Irish Cider available in the U.S).

Our crop of Dabinett and Michelin apples are harvested in late October, once picked the apples are crushed and pressed in the Cider Mill on the estate. The pressed juice is left naturally ferment over a period of 2 to 6 months, taking place as a result of the action of the wild yeasts, which are particular to the orchards and environs of Longueville. The newely fermented cider is left condition for a further 6 months resulting in a rich, amber colored cider, full of character, flavour and taste. There are no added coloring's, additives, sulphites or preservatives used at any stage during the production and manufacturing process of the ciders. The entire process from growing the apples to the fermentation of the cider is done on the farm.

The cider is then bottled in 500ml glass and sold as Longueville House Cider (ABV 5.5%). A medium-dry cider with a fresh apple flavour, Longueville House Cider is a gorgeously refreshing, clean, crisp cider - and as far from commercially produced ‘cider’ as can be imagined (its how traditional cider used to be before it got all artificial and fake).. Our New cider, Longueville Mór (ABV 8%),  Mór is the Gaelic/Irish word for big, our Longueville Mór Cider is  fermented and aged for 1 year in our Apple Brandy casks. When we take our Longueville House Apple Brandy out of our French oak red wines casks after four to six years we fill the cask with freshly pressed apple juice form our crop of Dabinett and Michelin apples which after 1 year results in significantly Mór taste, Mór depth, Mór well rounded, Mór balanced, Mór character, Mór flavour and significantly Mór enjoyment a truly Mór delicious and Mór unique cider.

Longueville Mór is a very drinkable and quiet deceiving cider as it doesn't taste like an 8% cider however it will remind you about half way through the bottle that it is actually an 8% cider. 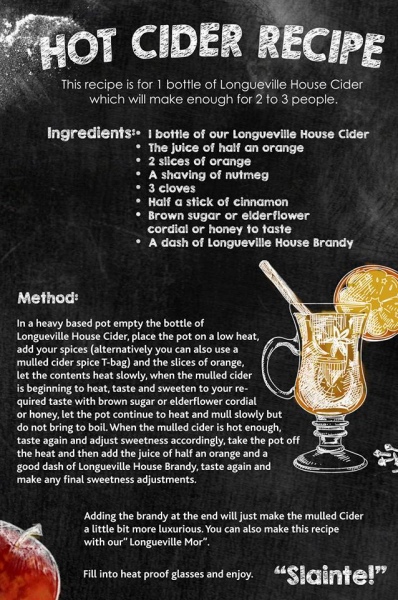 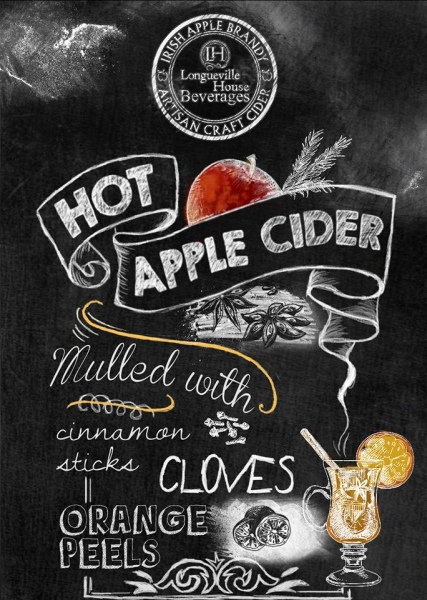 "Our Hot Cider" by The Old Blarney Post Office 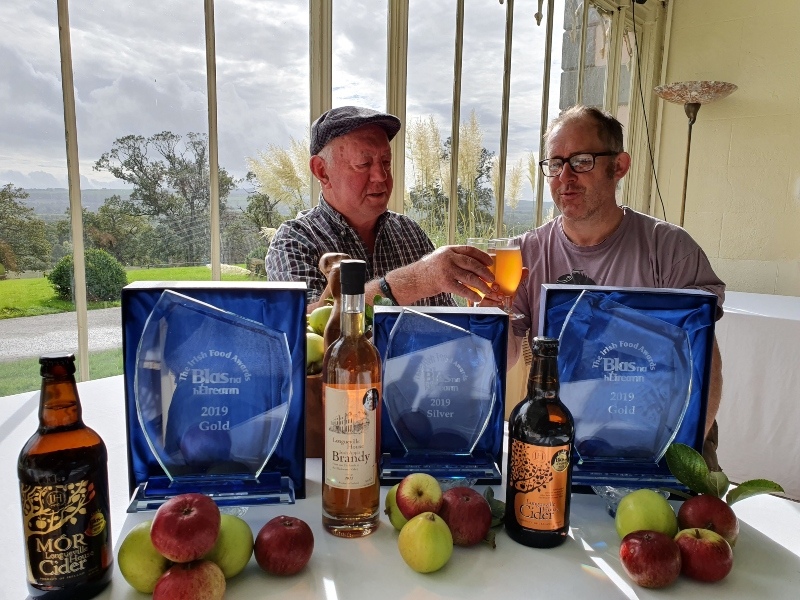 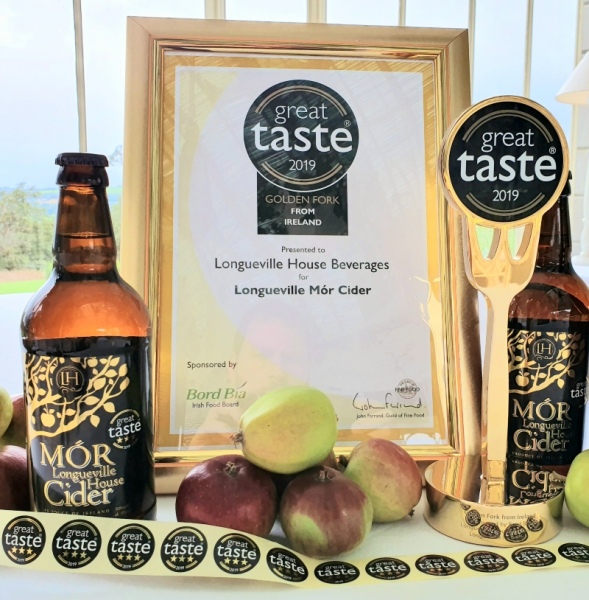 This website contains adult material and is only suitable for those 18 years or older. Click Enter only if you are at least 18 years of age.